Dot art is a technique that uses small, distinct dots of color to form an image. Even though most of us are familiar with dot art, it is unknown to many that it is the Aboriginal painters of Australia who introduced it to the world. For one who is not familiar with the Aboriginal art symbols, this artwork may resemble a bunch of colorful dots. But, when you understand the symbols, you will be amazed at what these dots can do and the whole new meaning it gives to the artwork.

Here’s a look at 10 DIY Aboriginal dot art inspirations that can make you fall in love with this traditional art form:

A mandala symbolizes the universe with the central dot representing the prime star sun, and the patterns around represent the infinite world beyond. The mandalas are the most familiar Aboriginal dot art, and it’s also the most relaxing and calming art therapy. 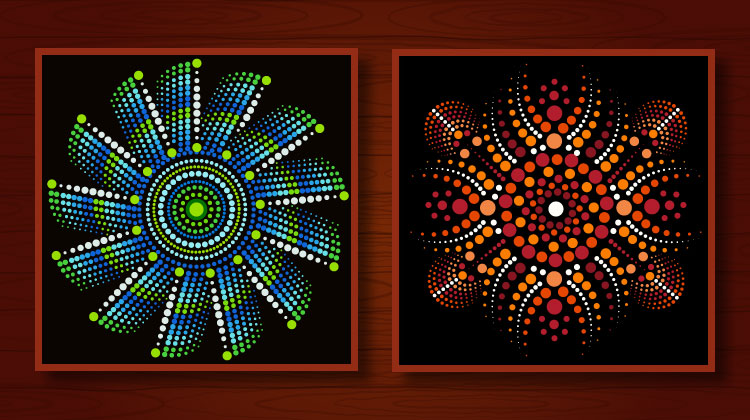 Aboriginal art uses animals as a source of symbols and metaphors. The Australian Aboriginal inhabitants were principally hunters, and they relied on the native animals around them for food. For the same reason, Australian animals from land and sea are at the heart of many sacred stories and the Aboriginal art that represents those stories. 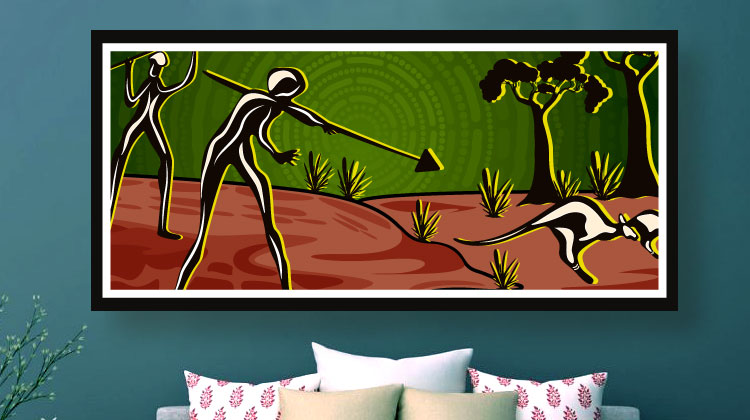 The traditional Aboriginal painters mostly drew on the sand and removed it once their story was over. They also drew on cave walls and giant rocks. However, contemporary artists use acrylic paints on a wide range of canvases. One of the most popular among them is the stone painting. Artists make beautiful mandalas and landscape drawings on stones or small rocks. 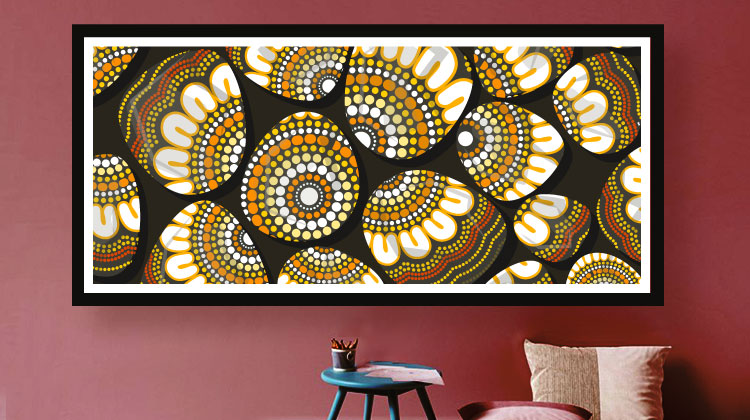 Gradation art is a simple yet stunning visual technique of gradually transitioning from one color hue to another. It’s a great technique that can be used even by beginners to create beautiful artworks. 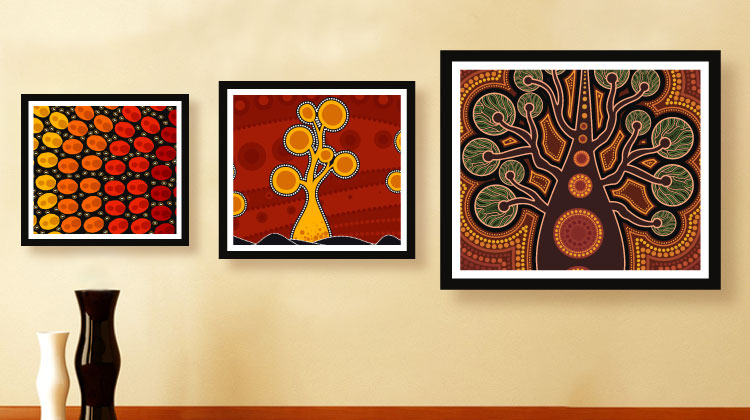 The Rainbow Serpent or Rainbow Snake is an immortal being with supernatural powers in Aboriginal mythology. It is represented as a snake in the shape of a rainbow. The connection between snake and rainbow suggests the significance of the seasons and water in human life. It is believed that when a rainbow is seen in the sky, the Rainbow Serpent travels from one waterhole to another.

Here are some rainbow serpent images that can inspire your creativity: 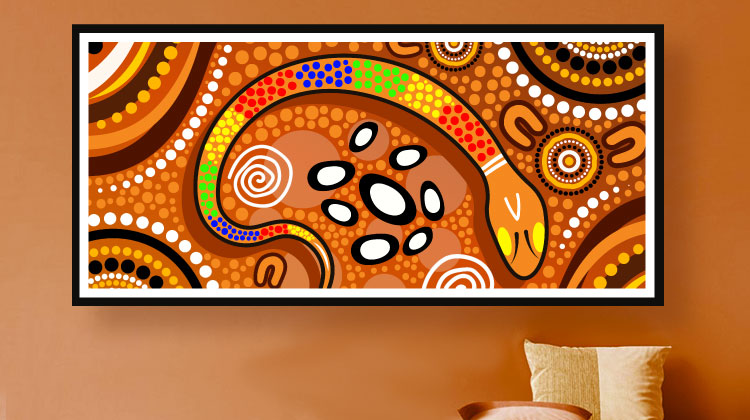 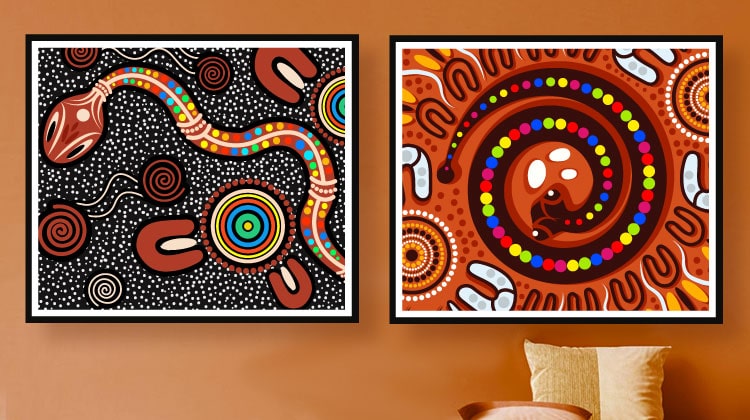 Dot art can be used to create beautiful meditation and fitness posters. Imagine yourself sitting in front of a beautiful piece of art and reaching a calm and meditative state. Fabulous! Isn’t it? 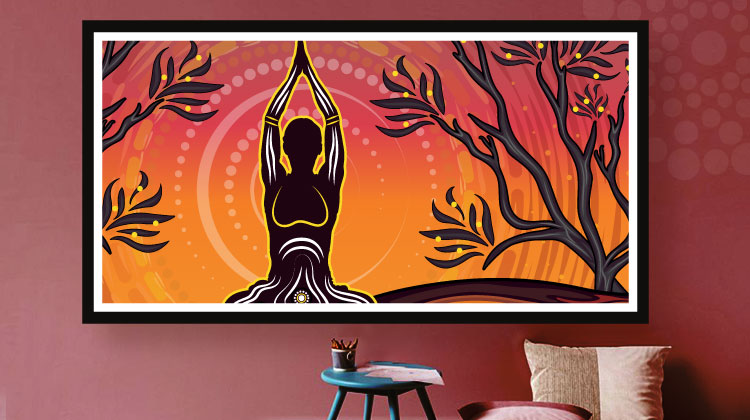 Colorful sunsets, rainbow, blue oceans, and luscious greeneries look stunning when you use the dot art technique. Have a look at these images that have captured the beauty of nature perfectly. 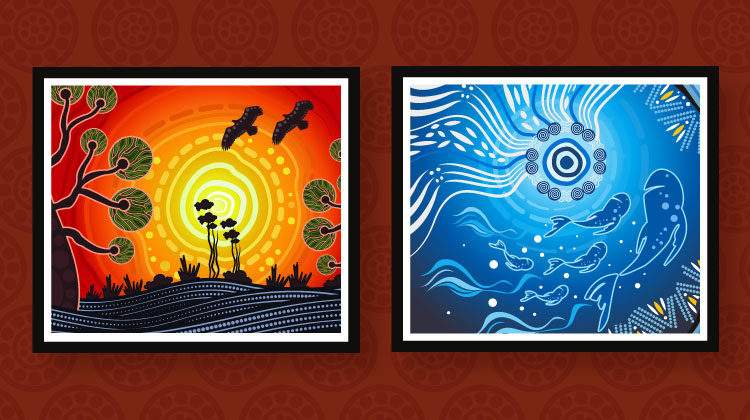 8. Art with a Message

Before humankind could read, we depended solely on word of mouth or visual art to learn and express. Paintings can be a great medium to communicate important messages and inspire people to think and act. Here are some ideas to use aboriginal art in this area like Corona virus, Water conversation, Save earth. 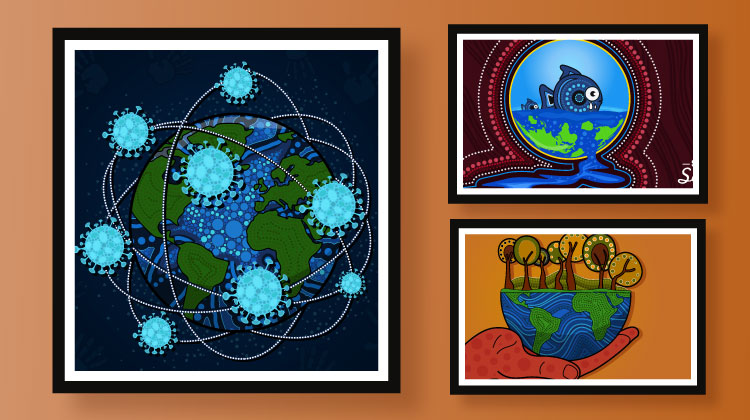 A pregnant woman, a mother hugging her child, a father and son, a family holding hands! All these images depict a beautiful relationship, and the love and compassion it shares. Here are few art inspirations to portray such amazing impassioned artworks like Pregnant woman, Father and son. 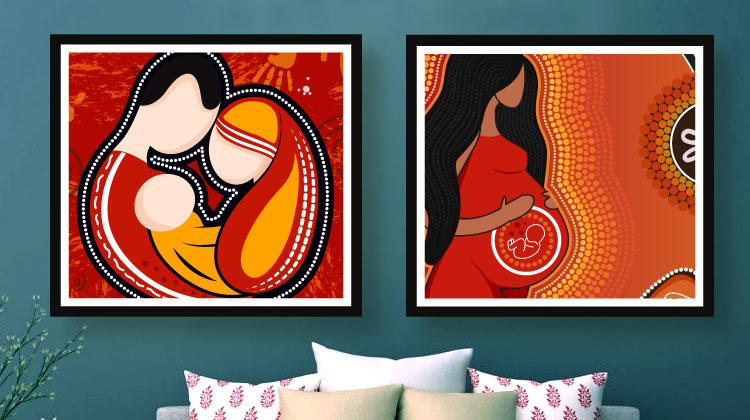 The traditional Aboriginal painters drew using symbols that represent their natural surroundings, to depict sacred stories. You can use the Aboriginal symbols to create beautiful art that represents a place or area you love. It can’t get any simpler than that. 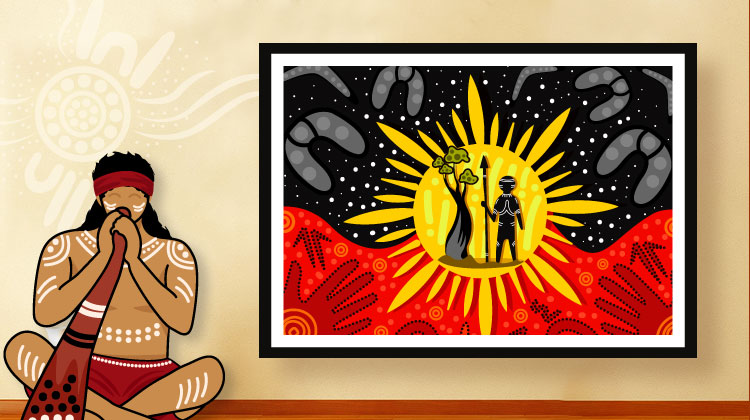 Aboriginal dot artworks are a beautiful blend of traditional and contemporary art forms. The dots give the painting a three-dimensional effect, and a sense of movement and rhythm, which makes it look sharp and alive; an ultimate visual treat to the eyes.

So, what are you waiting for? Lose no time and treat yourself to the magic of Aboriginal art! 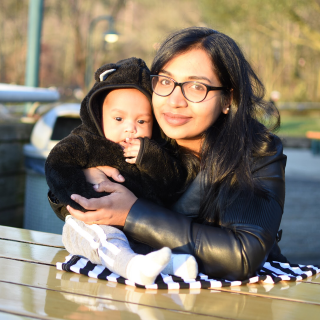 Folks call a geek, not a thing that doesn’t interest me; I’m an art aficionado and Yeah, I write. I’m Aswathy Gopalakrishnan; a mother, a software engineer turned blogger and freelance writer. You can find me on lifewithmylittlestar.com 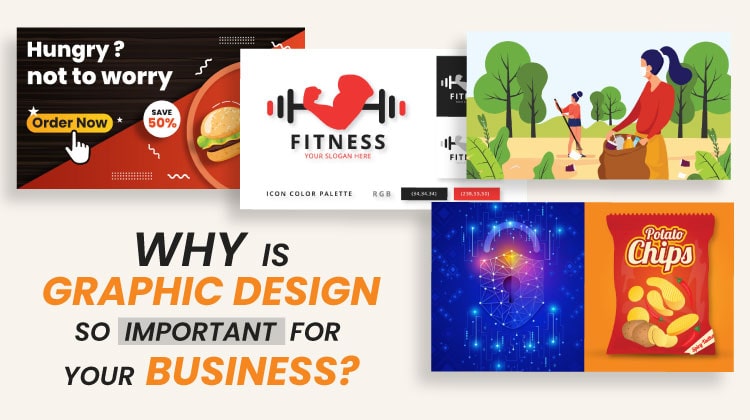 Why is graphic design so important for your business? 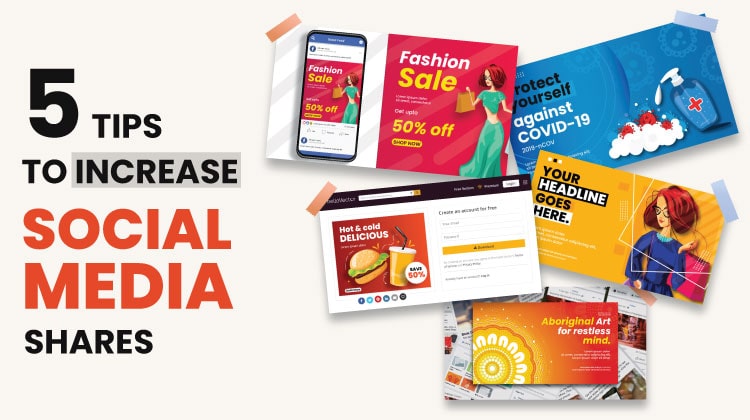 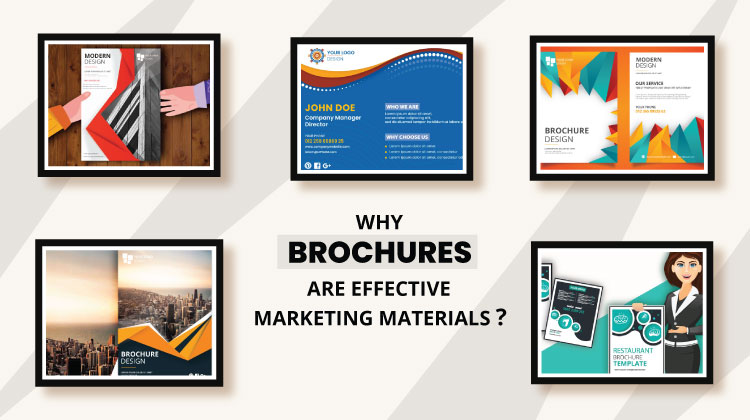 Why Brochures Are Effective Marketing Materials? 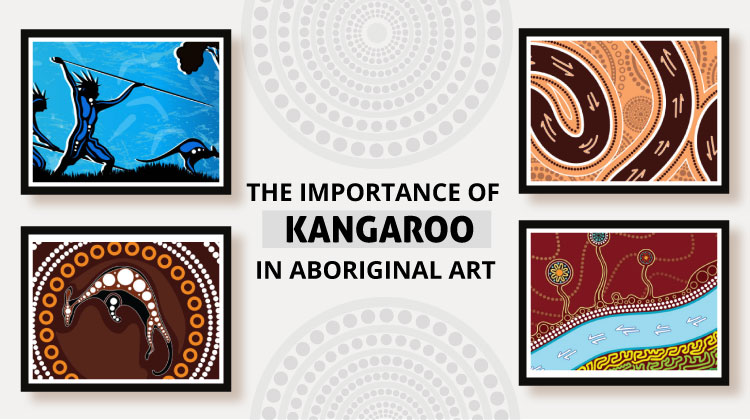 The Importance of Kangaroo in Aboriginal Art 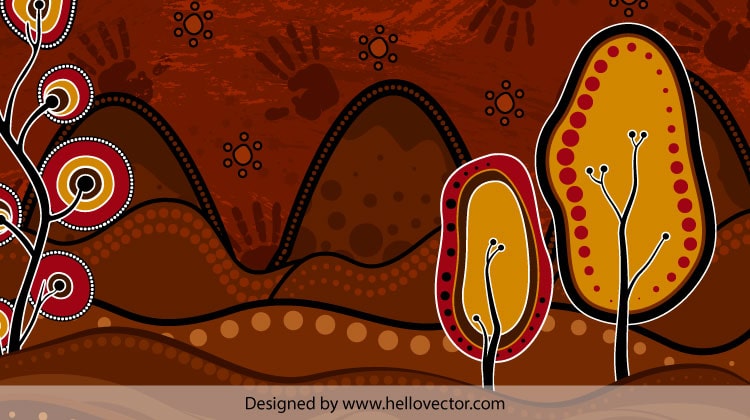 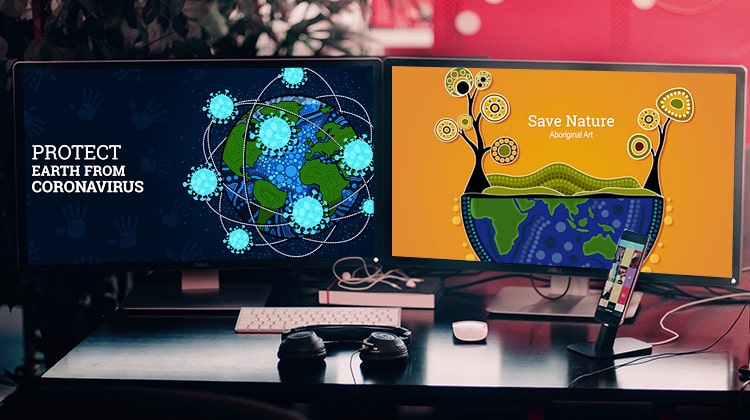 Aboriginal art is a primitive art form that is made by the indigenous people of Australia to preserve their heritage and religious beliefs. Aboriginal vector art has evolved with time and revived the ancient traditions of the Aborigines.